THE TIME HAS COME FOR ENERGIZED AIR 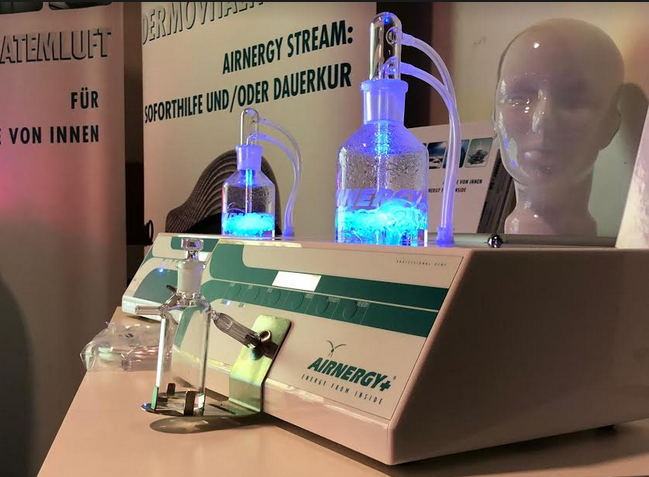 The Time Has Come For Energized Air / Comprehending Airnergy

Every disease is the consequence of energetic disturbances or typical (age-related) reduction of energy development and delivery in the human system particular in Mitochondrial dysfunction. From the perspective of bio-physics, humans consist of 80 to 120 trillion cells (all have electrical or battery like function) that consume energy and require recharging. Every second of our lives 250 million cells are obliterated and almost as many are restored.

There are substantial processes taking place in our bodies which, under normal circumstances occur, until something goes awry in the process. Imbalances occur and over time dysfunction and ultimately symptoms and disease becomes prevalent. Just recently, medical science was still of the opinion that the genes we inherit determine our life.

We now know that 90 % of the high quality of our life is influenced by the surroundings our biome and micro-biome.

All of this can be improved with energized air.

How Your Beliefs Control Your Biology

Generally speaking, medicine today still presumes that the oxygen in the air we breathe plays the dominant role in overall health and viability. All cellular metabolic systems in the human body and their energy production (ATP) are reliant on oxygen (O2).

We discovered during the medical science research in the 60’s, when the world powers were competing to have the safest and most maintainable Space program, that we breathe Atmosphere which mostly consists of O2 and water. The Russians employed earths ideal atmospheric conditions and were able to have cosmonauts stay in space for one and half years.

The Air we breathe is very polluted with particulates and in some cases heavy metals. Recently, science has uncovered that chemicals like Glyphosate have been found. Many health providers believe that this is a contributing influence to the accelerated health trends in chronic disease.

The polluted ambient atmosphere in our cities and commercial areas of today, has impacted our bodies ability to absorb the proper levels of Oxygen and inhibits the disposal of Co2, thusly contributing to Oxidative Stress, premature aging and physical imbalance and disease.

Airnergy- Restructures the Water, conditions and Hydrolyzes the air. Photo-electrically charged water molecules in the air, infused with the help of oxygen, known as “EZ water”, supply our body with more than 2,000 times the energy that is contained in typical water, thus significantly more biologically active. Therein lies the secret of the health- promoting properties of “forest air”. The beneficial effects on our body last for three to five days and protect us from all negative environmental influences This makes Airnergy a device that is essential to most natural healing Protocols.

Under normal circumstances, water is usually energized naturally by two processes before it is released into the atmosphere. At first, by turbulences in streams and rivers (Vortex); and secondly, by natural thermal radiation of the sun (infrared rays). Scientist Professor Gerald H. Pollack succeeded in proving the existence of a special form of water molecules under natural conditions, which play a dominant role as energy sources in all known biological processes. H2O becomes H3O2+– which are the driving force behind catalysis (i.e., gas exchange in the lungs), is activated by a charged air and water molecules.

The core Bio-Physical essence of Airnergy. Within the device, the specific frequencies of Infrared light activate the hydrolyzed oxygen, thus transferring the impactful energy to the water and the air and thereby restructuring it.

Engineers following nature, have succeeded in developing a device that replicates those naturally occurring processes and transforms the low-energy and polluted ambient atmosphere in which most of us live today, into clean, high-energy breathing air.